What Lies Beneath: Underpainting as a Technique 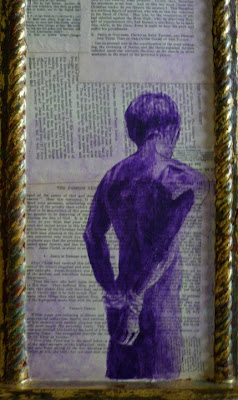 The tradition of building up glazes of pigment to produce a rich and subtle form in painting goes back to the introduction of oil painting as a medium—often attributed to the Flemish painter Jan Van Eyck. In the Renaissance, artists preferred to create an underpainting in a single color on top of which they would layer the glazes that completed an image with a finished, naturalistic appearance.

Over time, the use of glazing as a method of painting fell out of fashion. By the time of the Realists and Impressionists (mid-19th century French painting movements) painters were beginning to favor a more immediate approach, with thicker paint application. This resulted in paintings that resembled something other than the photographs that were becoming increasingly more commonplace.

Even though I experimented with a variety of painting techniques when I was in my undergraduate painting courses (including glazing), I ended up preferring an approach that was closer to Realism. I enjoy the freshness and vibrancy of the colors. In fact, when I now paint just for the fun of it this tends to be the style to which I revert. 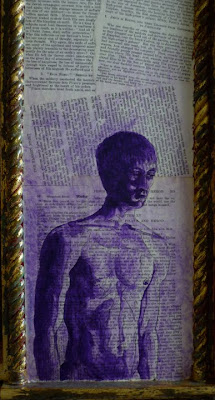 When I began painting on book pages the approach of painting with a thicker, more opaque paint soon revealed itself as unsuitable. I started investigating the process of glazing once more. The first problem I encountered was the dullness of color that is often traditionally associated with glazing.
Painters in the Renaissance preferred either the dull green, terre verte, color or a brownish pigment (burnt umber) as an underpainting. Starting with a more neutral color allowed the artists to temper the form with additional colors in order to make the image more vibrant, or less, according to their particular needs. 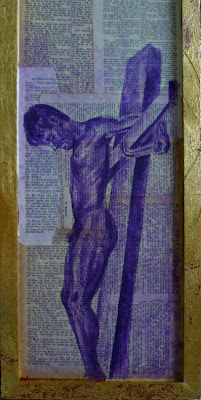 Some artists, such as Leonardo da Vinci, used a combination of brushes and their fingers or hands to produce the underpainting. Examples, like da Vinci’s unfinished Adoration of the Magi, provide a glimpse to non-painters of what an underpainting entails. A painting, at this stage, is actually more of a drawing. It provides a foundational structure in a full range of values. Leonardo’s finished works tend to exhibit little more color since he preferred a smokier, more atmospheric effect that lacked hard shadow edges.
Duccio was producing paintings in the era prior to Leonardo. Much of his work was actually in egg tempera, a precursor to oil paint. In fact, many artists continued to use tempera as an underpainting even though they completed the glazes in oil. The tempera dries to a hard surface and dries much quicker than the oil medium. In Duccio’s work we can see the effect of the terre verte underpainting. Some pigments fade over time when exposed to light. In Duccio’s work we find the green underpainting showing up as the skin color. 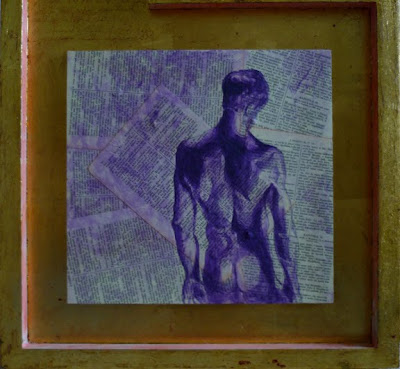 When I began to use glazing again I chose to use a color for underpainting that is not typically employed—purple. You don’t necessarily notice it in the finished works, but the underlying values are completed with this dioxizine purple. This forces me to glaze over the purple with other, equally intense colors. Thus, the images tend to retain something of the vibrancy I prefer, but also the transparency that is desired for the works on book pages. The text is still somewhat readable.
Here I have included some photos of one of the new altarpiece constructions in process. Few people ever get to see my work in this state, before I apply the subsequent layers of color. I chose to share these images to provide some additional insight into the process.

Posted by Musings on Contemporary Art & Artists at 10:20 AM