Thomas Demand: The Art of Artifice 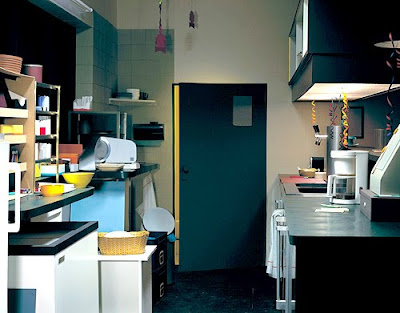 The invention of photography forever changed the course of art. While some remain fixed on the old debates on the legitimacy of photography as an artform, the current discussions cluster more around the evolving technologies and their impact on the medium.

Viewers have come to trust the photograph as an accurate form of representation. We know that a camera can capture a likeness in astonishing detail, yet we also know that photos can be manipulated. Even before Photoshop became the dominant digital method for altering photographs, darkroom manipulations were a normal practice in film photography. 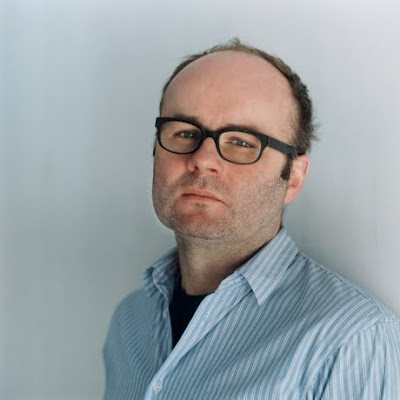 Somehow, we like to suspend our knowledge of this fact. We know that adjustments are made to the waists, thighs, and faces of the supermodels gracing the covers of fashion magazines, but we still harbor dreams that their perfection is genuine. If we remove the consumerist element then some doubts about “truth” in other photographs immediately arise. For instance, what is to stop the manipulation of photos used by the media?

When it comes to fine art photography we may recognize that there are manipulations, yet the acceptance of truthfulness as an inherent element of the photograph remains at the subconscious level. German artist Thomas Demand calls our attention to this conflict in his large scale photographs. Demand’s work assesses the unreality of photography. It draws attention to the aspects of artifice that have been linked to photography from the early days of the medium, when portraits were created in a stiff and unnatural manner that spoke more of the slow shutter speeds than psychological insights into the sitters. 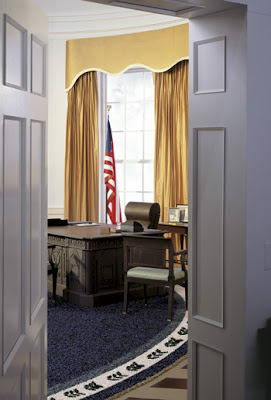 As a younger German photographer, Demand has sometimes, inaccurately, been linked to the “Becher School:” those photographers who studied under the husband and wife team Bernd and Hilla Becher at the Dusseldorf Art Academy. Indeed, the immense size of some of Demand’s finished works can favor the pieces of the Becher School, but he should be more closely aligned with the YBAs (Young British Artists such as Damien Hirst, Rachel Whiteread, and Jenny Saville) since he studied sculpture at Goldsmith’s College in London in the early 1990s.

An initial glance at Demand’s work does not suggest the depth of artifice that underlies his work. The images are of simple interior scenes; often rooms that suggest little significance. However, Demand came to photography through sculpture and a close observation reveals the subtleties at the heart of his work.

Each of these interior scenes is a reproduction of an earlier photograph. Usually the original photos are not even taken by Demand but are found in mass media magazines. The artist then recreates the scenes, typically in a 1:1 ratio, using paper and cardboard. It is only after Demand has meticulously rebuilt these scenes that he photographs them. 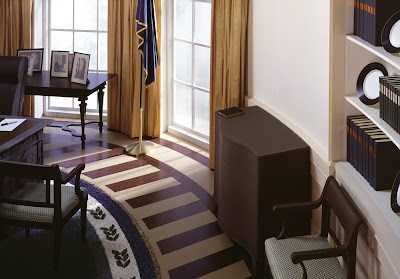 It is the photos themselves that are the artwork. The paper and cardboard constructions are built in the artist’s studio and quickly dismantled after the photographs are made. The disposable nature of the constructions is similar to the disposable nature of digital photography. With film photography, the artist developed each roll of film and then chose which negatives to print. Sometimes he or she returned to negatives years later, with a fresh eye, and then printed a gem that somehow had been bypassed on initial inspection. Time was an essential aspect of the entire process.

With digital photography, countless “bad” shots are immediately deleted from the camera’s memory. Our need for instant gratification outweighs our patience to find something more subtle. Still, in a twist on this idea, Demand returns to overlooked images and mines them for additional value. 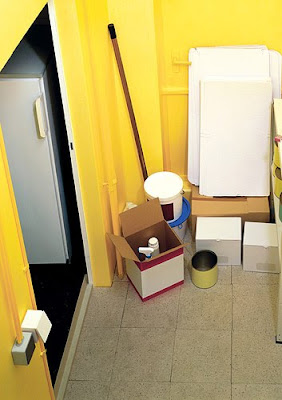 Demand’s scenes are mostly accurate reproductions but not exact reproductions. The most telling and distinguishing features are often eliminated. papers strewn about desktops lack text. Logos and other commercial markings are also absent. This produces generic scenes that would otherwise have specific cultural and historical significance.

A notable exception is the images of the Oval Office. Though titles on the spines of books and identifying facial features from the framed pictures are absent, the familiar colors, patterns, and shapes of the room are true. The somewhat eerie quality of the lighting makes the images seem almost like a 3D digital rendering of the space.

Most scenes seem more innocuous. A janitor’s cleaning closet appears to be just that. One must do some investigation to recognize why the artist would choose this specific photograph. It is one of a series of images that were (originally) taken of rooms at a German pub where a notorious child rape had occurred. The court had restricted photographs of the victim and others connected to the crime scene, so only images of the empty building could be taken. 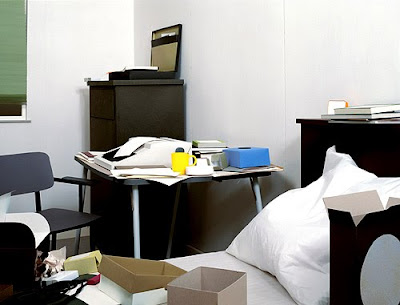 Demand’s images take the viewer two steps further from the original story. They do, however, retain a sense of the sterility that seems to imply something almost sinister. It is a generic evil that we are not quite able to place a finger on.

A quick glance at Demand’s work exposes nothing special, nothing unusual. The mundane quality of the images can be likened to much of the work of Andy Warhol. Warhol’s “disasters” were also culled from mass media sources. His use of repetitious imagery was a way to comment on our desensitization to the horrors that surround us every day. Many of Demand’s interiors examine a similar theme. 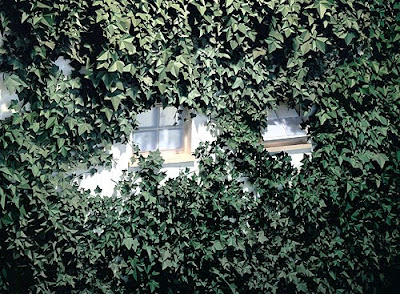 The overwhelming sense within the photographs is that things are not as they appear. Truly, this is a concept that serves the viewer well when approaching any artwork, but particularly contemporary works. There is usually more than meets the eye and only the fully engaged viewer reaps the rewards offered.
Posted by Musings on Contemporary Art & Artists at 9:17 AM