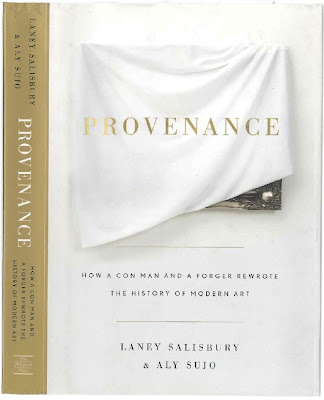 During the year between my undergraduate work and my enrollment in a graduate MFA program I worked at a bookstore. That was the best job that I have ever had outside of my positions in the field of art. I had previously not thought of myself as much of a reader, but then I realized I was always reading, but it was not the typical “bookstore books.” In other words, I did not read much fiction.

I enjoy some fiction. That has never been the problem. I was just more likely to be reading art history and criticism, philosophy, or theology. A bit dry for some tastes, I admit. Most of the prose does not compel one to keep turning the pages late into the night. There are few surprising plot twists. This chasm between writing styles has meant that I typically plod through the non-fiction in my library in order to get a deeper understanding of a topic but not much enjoyment.

However, I am deeply grateful when a rare non-fiction title comes along that is written with such skill that it keeps me thoroughly engaged. If I keep getting to the end of a chapter and saying to myself, “I know I need to get up early, but just one more before I turn the lights out,” then I recognize I have an excellent book. Provenance, by Laney Salisbury and Aly Sujo provided this kind of experience.

Provenance read like a mystery novel. The difference was that I knew “whodunit” after the first chapter. The skill of the authors was in slowly unwinding just how the ruse was accomplished through the admission of the perpetrators and the revelations uncovered by those caught up in the hoax. Even the afterward provided a partial resolution and “happy ending” while still leaving some things open ended, almost like a Hollywood ending that leaves enough room to make the obligatory sequel.

There are many books about art forgery and forgers. It can be interesting to see how someone works to skillfully pass off a piece as that of a master. These books often divulge the secret tricks and techniques of the forger that allowed him to pull the wool over the eyes of even the elite art history scholars. Oddly, that is little of this tale. The title of Provenance provides the key to the scam laid out in the book. The forgeries were sometimes barely passable, but the documentation of what owners and exhibitions were attached to the works—the provenance—were what allowed so many to fall prey to the scheme.

While the role of the forger John Myatt is a key to the scam, he is both a likeable and sympathetic figure. Myatt is merely one of the pawns. The master manipulator is John Drewe. He is the one who convinces Myatt to paint the fakes for him; first as works for Drewe’s own collection, then—playing upon Myatt’s vanity and need—as the objects of a widespread fraud that has never been completely unwound.

Drewe is able to not only manipulate people, but to manipulate documents. After gaining the confidence of some of London’s leading museum staff he is allowed the opportunity to do some “research” in their archives. His work in the archives is permitted because of his numerous connections. Name dropping gets him far, as does his top secret military and defense connections which he can never fully divulge or verify. Regardless, with a little time at the Tate Gallery he is able to doctor paperwork enough to get his scheme the proper credentials for a full scale fraud that spans the globe. By the time the book ends it seems the museum name should be changed to Taint, as it is difficult to tell just which documents are original or not.

The cast of characters all play either a part in the scheme or in unraveling it. The reader will root for the tenacious archivists at various organizations and foundations who do not founder in their denials of authenticity of suspect works. They assist investigators who first uncover suspicious behavior through trails that also lead to arson and murder. The love and promise of money in this story are the root of all this evil. Drewe plays on this. He obtains and uses money in his frauds, but he manipulates others by the conspicuous use and promise of funds. His promises of greater sale prices to Myatt are matched by his five star dining and allusions to art and cash gifts to museum staff.

The web spun by Drewe is so tangled that the reader keeps reassessing this as fiction or truth. Once witnesses start coming forward one wonders just how Drewe could keep such a complex system of lies straight. He never falters. And the reader wonders what exactly is true about the man. His entire life, from his school days, seems to be one giant fabrication. The art forgery scam is the pinnacle of his “career.”

I picked up this book because the jacket promised some interesting insights into a section of the art world with which I am not as familiar. I did not expect to be so riveted by the story. I would suggest Provenance to those who actually know little about the art world, too. The story is crafted in such a way that it is a compelling read. It does not get so deep into the names of artists and galleries that it is overwhelming. If you like intrigue and twists and turns then you will enjoy Provenance.

Provenance: How a Con Man and a Forger Rewrote the History of Modern Art, Laney Salisbury and Aly Sujo, Penguin Press, New York, 2009

Posted by Musings on Contemporary Art & Artists at 1:48 PM