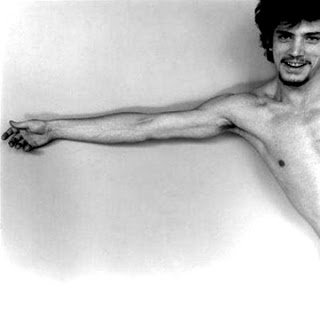 If you came across the recent reports on visual art in the news this past December, you may have considered checking the year on your calendar. Tales of the current exhibition—Hide/Seek: Difference and Desire in American Portraiture—at the National Portrait Gallery in Washington DC revived memories of Jesse Helms and the culture wars of the late 1980s. Whenever sexuality and religion cross paths there is bound to be some commotion concerning national (aka: taxpayer) support of artists and art institutions. As was the case in the 1980s with Robert Mapplethorpe and Andres Serrano, and again in the 1990s with Chris Ofili and Damien Hirst, the yarn spun for the public was not quite a clear picture of the artwork actually displayed.

The National Portrait Gallery did learn something from the mistakes of another DC museum—the Corcoran. The Portrait Gallery’s exhibited photographs by Mapplethorpe are clearly far from controversial. Mapplethorpe will forever be linked with his photographs of S&M acts that led to the cancellation of the infamous exhibit at the Corcoran, after an earlier uproar in Cleveland. Though many in the arts continue to cry censorship, one wonders when common sense and prudence were abandoned. Museums may have substantial private funding, but they remain, essentially, public venues. A curator should probably always ask whether or not he or she would want a five year old son, daughter, niece, or nephew to stumble upon a work on a gallery visit. There will remain differences of opinion, but common sense prevails at some level. 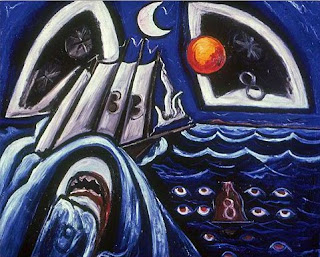 The National Portrait Gallery did not simply suffer from a lapse in judgment in the choice of exhibiting the video, A Fire in My Belly, by the late artist David Wojnarowicz, it did not work hard enough, initially, to explain the goal of the exhibition. Hide/Seek is somewhat like the museum version of Brokeback Mountain—it plays the “Gay Portraits” exhibit to Hollywood’s “Gay Cowboy” movie. These may be catchy descriptors, but they are far from accurate when considering the breadth of humanity examined in each. The exhibition is touted as the first major museum show to consider the role of gender difference in the creation of artwork. That tends to get boiled down to a tagline explaining that the exhibition is composed of portraits of and by gay and lesbian individuals. That is not quite the full makeup of the show if one looks into the artists and works included. (check out the video gallery tour)

Museum historian and co-curator David C. Ward explains the goal a bit better—though after the fact—in a YouTube slideshow of several works. He describes how the exhibition was meant to discuss how sexual ambiguity and ambivalence run as a coded thread through American portraiture, allowing personal nuances that transcend gender or sexuality to get to the core issues of personal understanding and identity. Ward claims that the show attempts to go past a very simple and tired concept that art in reference to sexual orientation is only related to sexual acts, and therefore, explicit nudity. 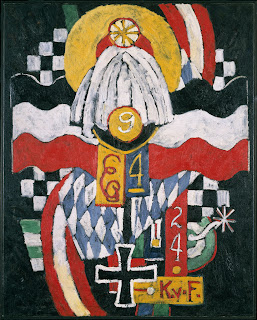 The other curator, Jonathan Katz, however, does the show a disservice with some of his rhetoric. As the Founding Director of Lesbian and Gay Studies at Yale University, Katz can, at times, come across as militant in his stance. When Katz defines the show as “an exhibition explicitly intended to finally, in 2010, break a 21-year-old blacklist against the representation of same sex desire in America's major museums,” he is drawing a line in the sand with the museum establishment.  His charge that “the museum world is and has been systemically and profoundly homophobic since the Mapplethorpe controversy in 1989” may hold some truth. The only problem is that he isn’t a fundraiser at any of the those museums. Museum staff across the nation may very well agree with Katz’s beliefs, but they are still running businesses and know that the American public—sex-crazed though it is—does not generally desire to be challenged with shows about sexuality when visiting museums. If people want that they can go to any number of commercial galleries where this is not uncommon.

Conversely, an enduring problem with the criticisms brought by the Religious Right is that they tend to focus on the wrong problems in the works in these exhibitions. Ofili’s The Holy Virgin Mary was derided as a dung-smeared Madonna. The elephant dung that was used in that work was hardly a concern if one looked more closely. The painting was covered with images of hard core pornographic photos of women. That was not mentioned by Mayor Giuliani and others when they called for a halt on public funding for the Brooklyn Museum. One imagines most children would have more difficulty recognizing painted elephant dung than graphically displayed female body parts. 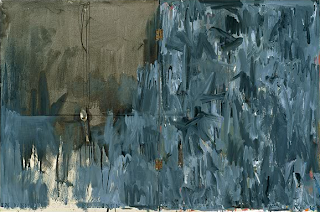 A Fire in My Belly was bound to face a similar fate. Speaker of the House John Boehner led the charge in attacking the work because it depicted a crucifix overrun with ants. Many people were likely more troubled with the concept of the “Gay Portraits” show and so Wojnarowicz became an easy target. In fact, his work was always controversial in his lifetime so he was a perfect scapegoat. One would think the appearance in the video of a man stripping off his clothing and then participating in an auto-erotic act, would have caused more alarm. This is certainly one of those things a curator might want to avoid when considering the five year olds. However, this part of the video was never the top concern in the news reports. 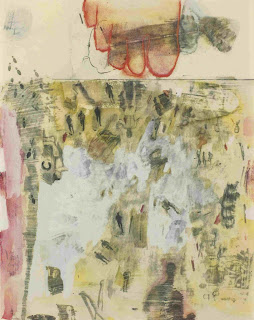 Outside of all the excessive press, which should make the curators somewhat happy since the exhibit would probably have never been known otherwise by the general public, there are some works within the exhibit that more fittingly engage the stated theme. Though there are clearly more erotic works by Marsden Hartley, the paintings chosen for this exhibition are more in keeping with the way an early American Modernist could use abstraction as a language to express identity in a time when even the art world was less open about sexuality. Works by Robert Rauschenberg, Jasper Johns, and Cy Twombly skillfully exhibit the “coded language” of mid-century gay artists. Their early postmodern experiments with semiotic and appropriational imagery set the tone for later generations of artists—gay and straight alike. The inclusion of one of Felix Gonzalez-Torres’ candy spill works is a prime example of this continuum. 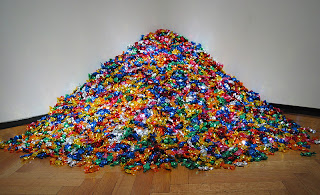 There are some works that seem more of a stretch. The inclusion of a painting of a proud male nude standing in an open field (The Clearing), by Andrew Wyeth, is a bit confounding. Wyeth was famous for generations though his most public notoriety came with the controversy surrounding his Helga paintings. A more appropriate connection for this exhibition would have seemed to have been the recent photographs by Collier Schorr that place an adolescent male in poses that mimic the Helga paintings. The ambiguity of sexuality is much more evident in those works. 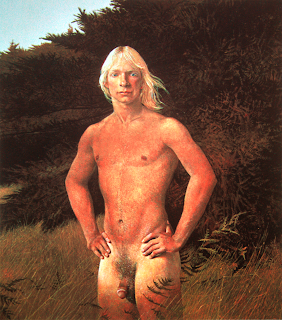 The protestations of Katz that were actually the genesis for the exhibition reveal only a small segment of the current map of the art world. Gender and identity studies now abound in college and university course catalogs across the nation. Though this may be the first major museum exhibition of its kind, there is actually no lack of literature that discusses the role of sexual identity in the creation of art. Many artists showing at the major galleries in this country are now quite upfront and explicit about this fact.

In the new world where pluralism rules, the cacophony of specialized voices assures that no sub-culture or group can rise above the din. The voices that many would claim were the singular voices of the past—like Western Christianity—are now speaking in a foreign tongue. Consider the work of Tim Hawkinson. Many pieces are clearly influenced by the artist’s childhood, in which he was reared in Methodist Protestantism. An installation like Pentecost is equally misunderstood by the contemporary art world as the Hide/Seek artist’s works may have been earlier in the twentieth century. 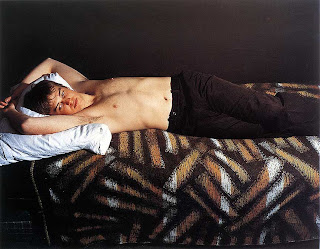 At the pre-opening gallery walk for Hawkinson’s 2005 retrospective at the Whitney Museum, curator Lawrence Rinder was questioned about Pentecost. His simple response was that the title referred to a religious holiday. That the work taps out the melodies of hymns and references the New Testament coming of the Holy Spirit, resulting in the speaking of unknown tongues by Jesus’ disciples, was either not known to the curator, or more likely, was something he expected a post-Christian audience would not understand. Either way, the preferential position that Western Christianity once held is obviously no more. With this in mind, curators may consider that every new position examined in museum exhibitions will seem foreign to some segment of the viewing public. New viewpoints should be proclaimed but there are sometimes wiser ways to present them than through more controversial works.
Posted by Musings on Contemporary Art & Artists at 8:42 PM