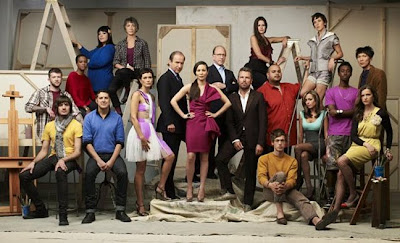 I think we have all seen enough examples of reality television shows over the past two decades to understand that they might better be dubbed “selectively edited TV.” From MTV’s The Real World to The Biggest Loser and Home Makeover: Extreme Edition, we recognize that producers and editors manipulate viewer emotions through music and sometimes one-sided footage. While the Survivor-style reality TV competition had already been a prime time fixture for several years, it was not until Bravo launched its successful Project Runway that a new sub-genre was born. And since that time Bravo has essentially built its network programming around reality-based shows.

June 2010 saw the launch of Bravo’s newest Project Runway-style offshoot. Work of Art: The Next Great Artist (full episodes available from Bravo's website) follows the same format as its predecessors: Project Runaway, Top Chef, Shear Genius, and Top Design. These competitions among members of the creative class have gained quite a following, both by those who are part of those communities or aspire to be. I was uneasy about the premise of a competition among artists when I first heard the show was in production, but was also interested to see what kind of animal this show would be. This assessment of the show is based only on the first three episodes. My opinions may change as the episodes progress and the first season reaches completion. 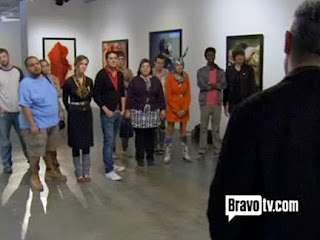 The contestants fit the stereotypes that we have come to reply upon for any reality-based contest show. There is a loud-mouthed, over-confident figure who claims to have “already won.” There is also an untrained artist who learned quickly that the cry of, “I’m not trained, so I don’t know all the ins and outs of the artworld,” was not going to fly with the judges. There are older artists, younger artists, a good split between the genders, a mix of ethnicities, artists from various faith backgrounds, and, because this is Bravo, at least one gay artist. This is the tried and true recipe that began with the first season of The Real World. It guarantees that personalities are going to come into conflict, making for more entertaining TV. 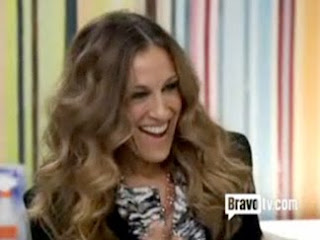 There is another stereotype that is perpetuated in Work of Art. It appeared in the first episode when executive producer Sarah Jessica Parker made a surprise visit to the artists. As she encouraged the artists in their quest one particular statement struck me. She wanted them to remember that “This is a competition.” Working alongside other artists can certainly push us to do our best, but instilling the idea that the artworld is competitive benefits no one. There are certainly elements of competition since some artists get that big grant, prize, or exhibition. Yet there always remains the element of subjectivity and the contemporary diversity of styles and materials is matched by the particular tastes of the tastemakers—gallerists, curators, critics.

Still, this is a show has a prize and that is one of the things that makes the premise worthwhile. The “winner” will receive an one-person exhibition at the Brooklyn Museum. Perhaps this was seen by the Brooklyn as a good way to repair an image that was sullied by the Sensation exhibition. I suspect that the winner will not provide us with anything nearly as controversial as Chris Ofili’s Holy Virgin Mary, though he or she may utilize materials that are outside the expectations of the general viewer. 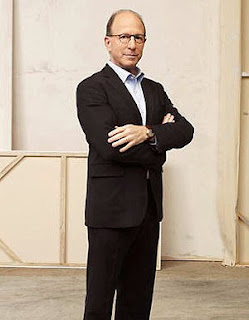 In addition to the Brooklyn Museum’s role in Work of Art, I was pleasantly surprised at the caliber of the judges. In particular, the presence of critic Jerry Saltz on the panel of judges seems to add credence. In fact, the quality of the comments that the judges make is possibly the best feature of the show. After each competition “project” and its subsequent exhibition by all the artist contestants, the judges speak with the highest and lowest scoring artists. These limited critique events are actually something that I would suggest art school students watch. These comments give some relevant insights into what curators and gallerists are actually thinking when they are assessing the work of artists for exhibitions.

The individual projects that artists must complete are where the competitive nature of the show produces a problem. The artists are coming to the show with pre-established styles, adept at creating with certain materials but perhaps ignorant of the methods needed to work in other media. Most artists will not be overly proficient in a great multitude of media. When some artists failed to produce pleasing results in a competition based on assemblage it was by no fault of their own. Other artists, used to working with specific themes, did not fare well when trying to produce a book cover design—something that is actually considered the work of graphic designer and not a fine artist. There are corporate sponsorships at play here that have more to do with money than with good art. Are we supposed to think that Penguin Books approached Bravo with the idea of having an artist do a book cover for them? 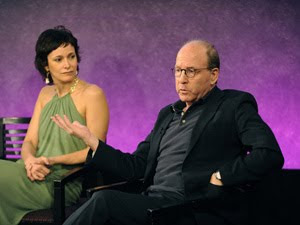 The final decision of the judges in the first episode, wherein the artists had to produce portraits of each other, proved that they believed a “portrait” had to be based in a somewhat representational image of a person. The more abstract images, whether or not they revealed more about the subject than a mere image of that person, were not well received by the judges. Since there was no indication that this was something the judges expected, breaking the traditional mould for portraiture proved to be problematic. As in the actual artworld, the contestants found that it is always a risk to break the rules since sometimes it pay off and other times it does not.


What makes Work of Art more palatable is that the artists seem to have an innate understanding that, though they want the prize money and the Brooklyn Museum show, they are really in competition with themselves more than each other. They are challenging themselves to do bigger, better things. Bravo’s other competition shows seem much more cutthroat. Participants seem willing to sabotage one another. These artists are more apt to—believe it or not—help each other with their projects. The ideas and the images are going to live or die on their own, but the work is so diverse that the artists are more willing to help when they have more expertise with a certain material, offer suggestions (which may eventually lead to sabotage), or simply to help lift some enormous object.

This is the most redeeming part of the entire program. Contemporary art is built upon the art of the past. Each artist is indebted to his or her predecessors and contemporaries. Sharing and borrowing is part of this system and appropriation is at the heart of much contemporary art. Maybe these artists understand that better than the executives at Bravo.
Posted by Musings on Contemporary Art & Artists at 2:00 PM