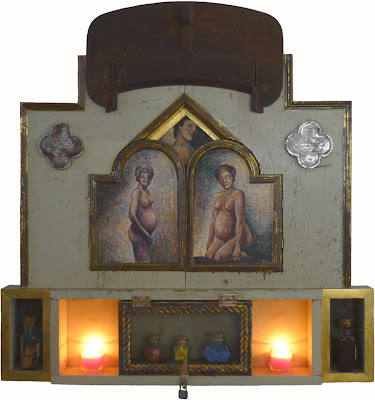 Somehow I allow myself to forget that the audience of my artwork is often going to be offended by its content. This is the problem of residing within multiple subcultures at the same time. The subculture of the contemporary art world will certainly not be concerned with the nudity I often employ, but the subculture of American Evangelical Christianity overwhelmingly is. Since I keep abreast of the new work and newly acclaimed artists of the contemporary art world, I forget that my, comparatively, rather mild work can seem controversial to some.

When I consider how explicit or intentionally controversial some modern and contemporary works might be to a general audience, the nudity in my work seems quite timid. But the subculture of Evangelical Christianity tends not to pay much attention to what takes place in the contemporary art world, though some of those Evangelicals may have exposure to my artwork. So, while my work would be little more than a blip on the controversy screen of the contemporary art world (for different reasons), it could register as taboo within some Christian circles. 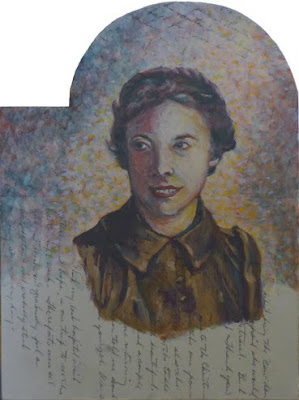 I knew this quite well when I was immersed in the Evangelical environment of my undergraduate days, but I seem to suffer from a cultural amnesia from time to time. It takes some murmuring from inside that camp to call me back to the reality of things. I think the first time this happened was when I was about to graduate from college. I was working on a painted portrait of the college president during my senior year. It wasn’t part of my thesis exhibition, but I had spent several hours in my studio with the president while painting it and he was quite familiar with my other paintings that were scattered around. About a month after my exhibition came down the president revealed to me in a conversation that, while my show was up in the gallery, he had received several calls from concerned or irate parents about the nude paintings. There were only five or six out of about thirty works and they were far from what most anyone would refer to as pornographic. But it did create a little disturbance that the president handled with perfect poise. I should have realized this would be the case as my own family was uneasy with the display of these works.

Once I was in graduate school the nude figures were not even a topic of discussion. I essentially forgot that this could be a problem for some viewers. But it did become an issue again once I took a teaching position at a small Evangelical college in the rural Northwest. Two years into that job I became the director of the campus art galleries. There, I was asked to lead a campus committee in drafting a policy on nudity for the galleries (i.e. why we would never exhibit any work with nudity). My attempt was to offer something a little more progressive in nature, but the process finally stalled and the initiative fell apart. However, that meant that the new altarpiece constructions I was beginning at that time would never be showcased inside the walls of the gallery I programmed. 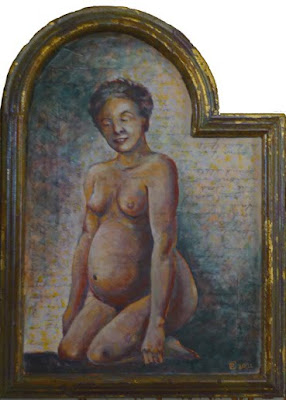 Though the altarpieces have been exhibited in many venues, including the gallery at a more liberal Evangelical college, the controversy has not subsided. In fact, I was asked to speak about these works for an All Saints Day chapel at that college in 2004. I didn’t think much about this until I sat down to write up the talk, then I realized that the nudity in all the works was going to be problematic for some. I was assured that I could proceed as planned. However, for the next several years I continued to be recognized on campus and in public by students as the guy with the “naked grandmother painting.” That is what you see here.

Admittedly, this work took a little processing for me before I finally decided that the figure of my maternal grandmother needed to be nude so that the work would make sense in the context of the entire series. No one in my family has ever seen this work; it would be upsetting for some of them. I finally decided to place it online because most in my family don’t follow this blog all that closely. My grandmother had already passed away by the time I began work on this image and, obviously, I did not use her body as the model for the work—each figure is pieced together from multiple sources. However, like all the figures from this series, she is being revered through the altarpiece format. My grandmother was supportive of my early artistic endeavors and used to tell me that she wanted to find her old chalk pastels in the attic for me to use—thus the reliquary items. 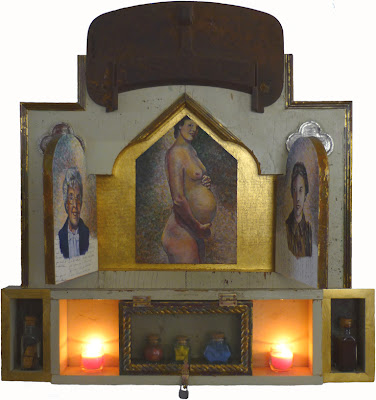 Back to the college where I gave the All Saints talk. A couple years later I exhibited the altarpieces on campus. Soon after that some friends in the alumni and public relations office asked if they could use an image of one of the pieces for the alumni magazine. It looked very nice within the pages, but several months later, when the followup issue came out, I realized that the display of nudity had not gone by unnoticed. There was a letter to the editor complaining about the use of the image, along with a well reasoned response. I believe this was the only time that my work has been referred to as “art”—and it was art in quotations, so the objecting party did not believe it actually was.

The same thing happened with another Christian-based publication this past year. The editors at Ruminate magazine invited me to have some altarpiece images published within their pages. Several months later I came across the online response to a similar letter questioning the use of the nude figure in these works. I have actually explained my use of the nude in various postings on this blog (The Affliction of Job: Hope for the Battered and Bruised, And why are those people naked…?). I realize that my reasonings will certainly not be adequate for some who will see the work as inappropriate, but I’m used to being seen as controversial by now. There are actually topics tackled within my work that are far more controversial in this world than a nude body. 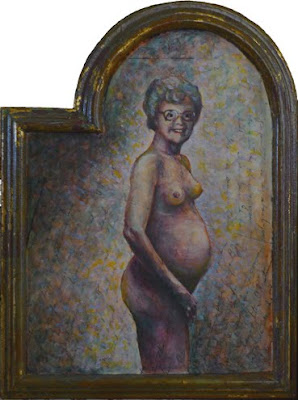 Ultimately, I never create work to satisfy anyone but myself. I know there will be people who do not like specific works for various reasons. Usually this is a surface reaction made by someone who is not willing to take the time and energy to wrestle with the work and discover a connection or observation he or she never before considered. The best art is never tame and the quirks in my work are an attempt to make the best art that I can.
Posted by Musings on Contemporary Art & Artists at 2:27 PM

Hi Tyrus - I really like your figure work - and your altar assemblages are amazing in their detail and symbolism. I especially enjoy the portraits done with writing in the background and on book pages.
It's too bad that your family doesn't follow this blog - what an amazing way to really get to know what's on someone's mind and what they care about...
As far as a fine arts education at an Evangelical college (even some of the "liberal" ones) - I used to wonder about that myself - no live nude models for figure drawing class, no art history that included any nudes - didn't make sense to me. Thanks for this post.

Actually, the text in the background of this particular work is my grandmother's writing. I scanned letters into the computer and cleaned them up (took out the lines from the paper she used) and then printed them out and painted on them. This was an intensely personal piece.

I find it fascinating that after how many thousands of years after the Fall we react the same way to our sin and brokenness...we are still ashamed of our bodies and ourselves.

I am glad to say that the Presbyterian church I worked for in Seattle was willing to host art work that included nudity. And this also included your work, Tyrus.

Know that there are Evangelical Christians out there who are finding satisfaction in your work whether that is your intent or not. I look forward to all the work that is still to come!