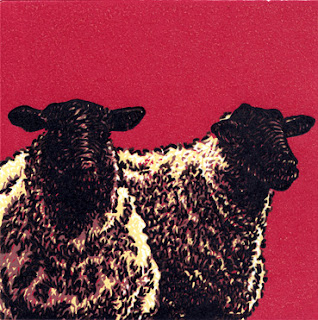 There is something quite intriguing to me about the processes of our creative endeavors. While viewers of artwork are immediately taken by the object or image that is ultimately presented before their eyes, artists have more opportunity to consider the creative process in relation to and separate from the artwork itself. As with many other activities of our daily existence, we can make some analogies to the deeper questions of life when we examine art in this way.

That seamless connection between the art object and its creation was ramped up during the mid-twentieth century when artists from the Abstract Expressionist movement joined psychological and philosophical ideologies to consider the prominence of the “act” in the making of art. The existentialist concept that “being is doing” pervaded some of that work, such as in the action paintings of Jackson Pollock. 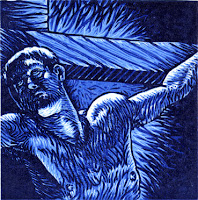 Still, the conceptual analogy of the art making process goes back even further. Pablo Picasso, though still often misunderstood among the wider population, was even seen by the conservative art establishment of his day as destroying the foundations of art. Yes, he and Georges Braque did pull apart the picture plane, but he did other things that were equally “destructive.” One of his unique additions to art production was the process of reduction relief printing.

For centuries prior, there had been woodcut prints composed of multiple colors, printed from multiple blocks. Picasso’s new twist on this process was to use only one block to print multiple colors. In order to accomplish this he had to basically destroy the linoleum block to create his final image.

The small linoleum prints shared here utilize the same process. I printed some extra images outside of the editions in order to show the process more clearly. This allows viewers to see just what is cut away at each stage. Very little was cut away from each block before the first colors were printed. Those carved areas reveal the bright white highlights. The next area carved then reveals the first color printed and down on the line, through the fifth color. 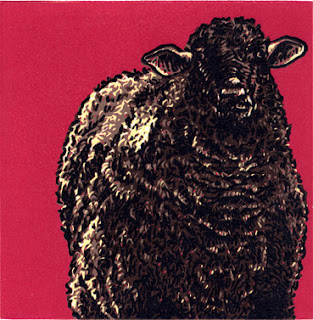 This process ensures that there will never be additional images printed. There can only ever be a maximum of the images printed from the first state of the linoleum block, as the second carving of the block destroys the information available from the first carving.  Each additional carving and printing removes more of the block until the only remaining information is what is left from the final carving. The registration of the colors in the process is usually quite exact because it is all from the same block, yet there are bound to be some mistakes in registration. Therefore, the artist usually ends up with even fewer prints than the number printed from the initial carving.

Confusing? A little. That is one of the reasons I printed the various stages of the process for my students. They typically cannot conceive of what I am explaining to them until after they have done the whole process at least once. Reduction printing cannot produce exactly the same results that multiple block printings do, but it is a useful and sometimes beautiful process. 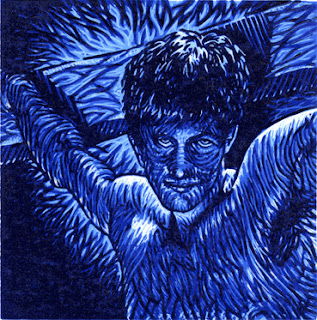 This concept of creation—and even beauty—from destruction is the concept that most intrigues me with this process. Just as we see in nature, in processes like the death of the seed that creates a new plant, we find elements of this idea in many world religions. Some Eastern deities represent both the creative and destructive forces simultaneously. Related to these piece, obviously, is the idea of the suffering and death of Christ in order to gain redemption and eternal life for humanity. When artwork can remind us of these ideas by its very processes, and not simply through its imagery, it is a complex and wonderful thing.


Posted by Musings on Contemporary Art & Artists at 12:15 PM